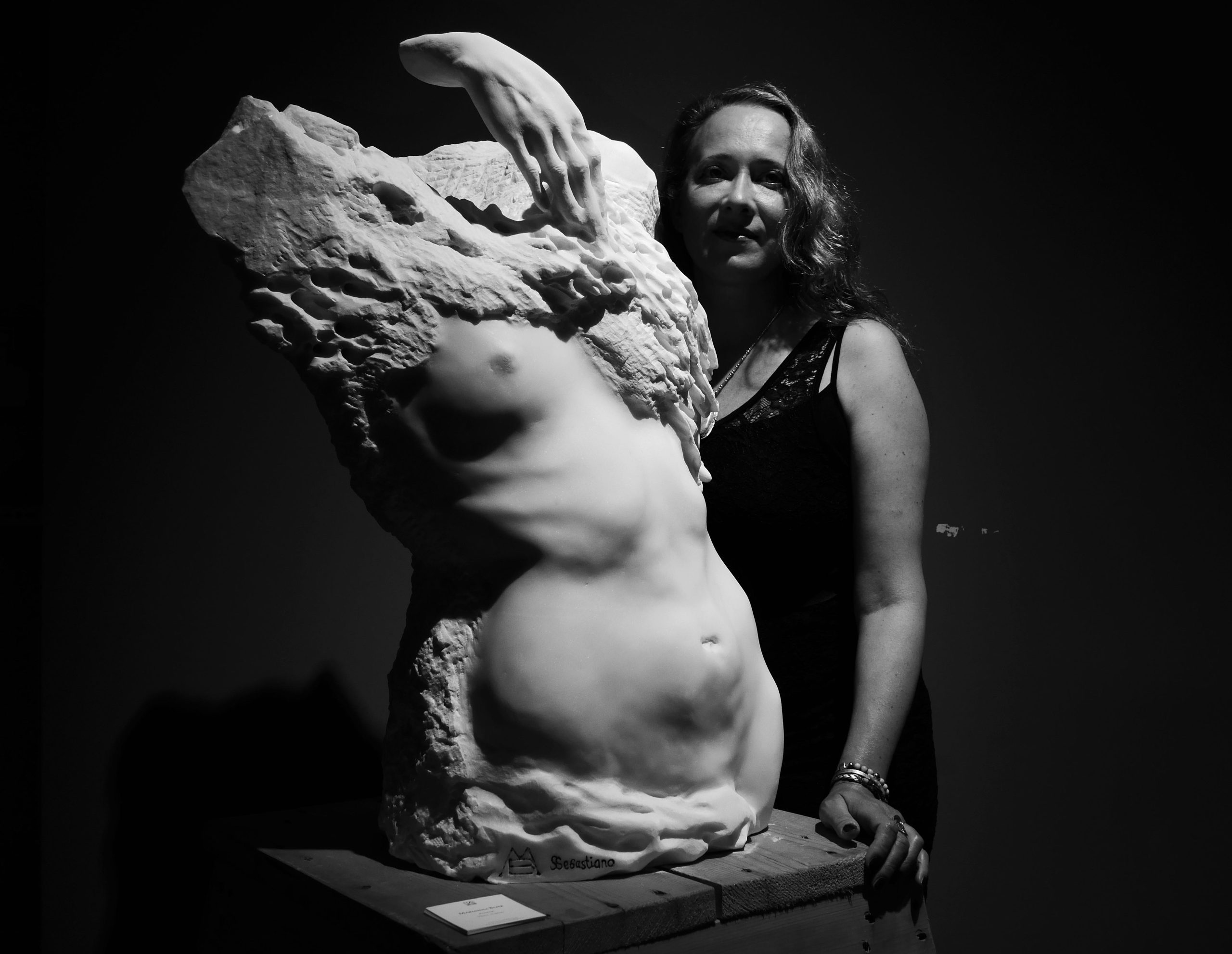 The martyrdom of St. Sebastian has captivated my imagination for decades. Historically, Sebastian was killed during the Roman emperor Diocletian’s persecution of Christians in the 3rd century CE. According to legend, Sebastian was bound to a tree and shot with arrows. Later, after he was sainted, he became a symbol of protection against plagues and pandemics, and also one of the most represented and reproduced images in European art.

To me, this story of the two martyrdoms of St. Sebastian is about more than self-sacrifice for a righteous cause. Rather, it is a story of creation. In my sculpture, I make three changes to the traditional iconography of St. Sebastian.

Firstly, I model the body on the female rather than male form, thereby challenging the gender dynamics of the martyrdom narrative. Secondly, I remove the arrows of prosecution that enter into the body and replace them with rays of light that extend out from the body. And thirdly, with this shift to a symbolism about the nurture and rebirth of the feminine and the illumination and knowledge of the light, I focus on the significance of transformation and transcendence in the story of St. Sebastian.